It’s been nearly two months since the implementation of the AB 91 pilot program, which mandates that first time Los Angeles DUI offenders install interlock ignition devices (IIDs) in their vehicles. So let’s assess whether this program has been helpful, harmful, or neutral. 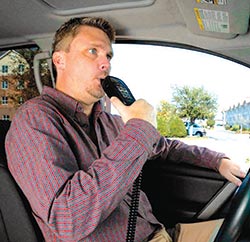 A bit of background on AB 91 first.

Mike Feuer, a Los Angeles assemblyman, introduced the law, which requires that drivers convicted of DUI in Los Angeles, Tulare, Sacramento, and Alameda counties must put an interlock ignition device into their autos even after only one conviction. The compulsory device is wired into your ignition. So in order to start your car, you need to blow an essentially alcohol-free breath to show that you will not be DUI. (Your BAC reading must be 0.03% — substantially lower than the legal limit for Southern California DUI of 0.08%). Once you do blow a successful sample, you must continue to blow samples as you drive, or your horns will start going off and your lights will flash to attract the attention of police.

Since we are only less than two months into the AB 91 experiment, it’s difficult to say how effective the program will be. But five years down the road, we will likely have substantial data to help shape Los Angeles DUI policy.

If you have been charged according to California Vehicle Code Sections 23152(a) or 23152(b) for Los Angeles DUI, you need some fast and accurate legal guidance.

Attorney Michael Kraut of Los Angeles’ Kraut Law Group can help you build and execute a smarter defense. Attorney Kraut worked for many years (14+) as Senior Deputy DA for the city, and he understands the applicable laws — as well as how prosecutors typically approach the task of prosecuting defendants. He leverages his know-how, experience, and trained intuition to excellent effect for his clients.