In a recent blog post, this Los Angeles DUI defense blog summarized some of the dramatic anti-DUI recommendations proposed on May 14th by the National Transportation Safety Board (NTSB). The Board, together with groups like Mothers Against Drunk Driving (MADD), wants states like California to institute a rash of enforcement and policy measures, including: 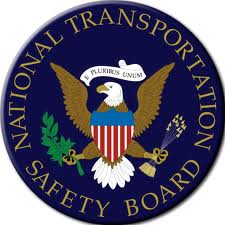 • Mandatory interlock ignition installation for anyone convicted of DUI;
• More research on administrative license revocation (which lets police seize your license during an arrest);
• Most dramatically, lowering the DUI legal limit from 0.08% to 0.05%.

According to uncontested statistics, 30% of all fatalities on U.S. roads are tied to DUI driving. Three decades ago, 21,000 people annually lost their lives to DUI. That number has plummeted to around 10,000 deaths a year. That’s still 10,000 too many, but we’re certainly headed in the right direction.

President Obama has gotten behind strong anti-DUI laws. Since he committed to making U.S. roads safer, we’ve seen a substantial national decline in DUI accidents. But when taken in international context — over 100 other countries on the planet have DUI limits of 0.05% BAC or lower — our current laws and Los Angeles DUI limit of 0.08% seem downright lax by comparison.

But is there another side to this story?

Unsurprisingly, the American Beverage Institutes does not like the NTSB recommendations.

The group worries that lowering the BAC way down to 0.05% would criminalize perfectly responsible behavior. Depending on your height, genetics, metabolism, sex, and dozens of other factors, you could reach 0.05% after just one drink!

On the surface, the NTSB recommendations sound smart. They could very well save lots of lives, if they were implemented effectively. But would the recommendations create more criminals? Would they criminalize normal and safe behavior?

Furthermore, are we focusing too much on Los Angeles DUI behavior? Why not crack down on people who chat and text on their cellphones while driving — or who drive while extremely fatigued? After all, many studies (such as a famous one done at Virginia Tech several years ago) suggest that texting while driving is actually MORE dangerous than driving DUI in Los Angeles.

Should texters be given the same punishments as DUI drivers? Should they be forced to spend years behind bars, pay thousands of dollars in fines, go through “texting behind the wheel rehabilitation” programs, and so forth?

This blog obviously cannot resolve or even articulate all the challenging questions raised by the NTSB recommendations. That said, you’re probably less interested in this general discussion and more keen on getting practical help with your DUI arrest and defense.

Look at the team here at Kraut Law Group for sensible, sensitive insight into your case. Call attorney Kraut and his team to help structure a DUI defense today.