As someone who has recently been stopped for DUI in Long Beach, you may or may not be a football fan. But before you construct your defense, you might be well served to stop and consider the fate of two NFL Players named Jones, both of whom recently got into serious legal hot water. Their tales can instruct and inform your own defense. 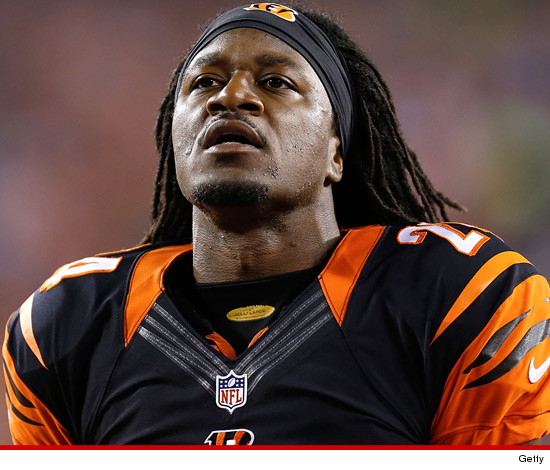 First, we have the sad situation of Adam Bernard “Pacman” Jones, who was arrested at 2:30 a.m. on September 24th, after police stopped him for driving 60 miles per hour in a 45 miles per hour zone in Cincinnati. The star cornerback for the Cincinnati Bengals was busted on charges of OVI (operating a vehicle impaired – similar to a Long Beach DUI charge) and also hit with a disorderly conduct citation for making “offensive comments” to police officers. Per Ohio Law, that means that Jones probably said something during his DUI stop that was “likely to be offensive or to cause inconvenience, annoyance or alarm to persons of ordinary sensibilities.”

This is not the first time that cornerback has gotten into brouhahas with the law. In July 2011, he was hit with a disorderly conduct at a Cincinnati bar, and he yelled profanities to police officers who arrested him. In June, he got busted on an assault charges – he allegedly hit a woman at a nightclub. He pled not guilty to that charge. Perhaps most disturbing is this report from ESPN: “last year, Jones was ordered to pay $11 million to two Las Vegas strip club employees injured in 2007, when a gunman who claimed that he was doing Jones’ bidding, opened fire outside a club after Jones and his entourage were kicked out. A club manager who was paralyzed from the waist down, and a bouncer was wounded. Jones said he had no role in the shootings and pleaded an equivalent of no contest to misdemeanor and conspiracy to commit disorderly conduct. The gunman is serving 4 to 10 years in prison.”

It should go without saying — but it is worth restating and emphasizing — that the more you complicate your Long Beach DUI charges by mouthing off to police officers or engaging in illegal activities, like leaving the scene of an accident, the more complicated your defense will be, and the more likely you are to wind up with severe punishments, like jail time, long license suspensions, and the like.

Meanwhile, similarly disturbing news came from the camp of the Bengals’ rivals — the defending Super Bowl Champions, the Baltimore Ravens. Jacoby Jones – one of the Ravens’ star receivers – got into a fight on a party bus, following the Ravens victory over Houston. And… wait for it… he got hit over the head by a stripper with a champion bottle.

So what do with all these celebrity arrests and brawls with strippers have to do with your Long Beach DUI charge?

The frank answer is that it may not. Perhaps you were just at the wrong place at the wrong time, and your DUI was a fluke on an otherwise unbesmirchable record. But one thing that the Jones’ saga indicates is that Long Beach DUI trouble – and trouble with the law in general – is not as “random” as many people would like to believe.

Fortunately, if you or your loved one has been arrested for driving under the influence in Burbank or elsewhere, the experienced team at the Kraut Law Group can help. Connect with former prosecutor and Harvard Law School educated Attorney Mr. Michael Kraut for incisive, insightful, and compassionate assistance.

If you have been arrested for a DUI in Long Beach or you are under investigation for driving under the influence in Southern California, please contact Long Beach criminal defense attorney Michael Kraut for 24/7 assistance by phone at (562) 531-7454 or toll free at (888) 334-6344 or online. We’re located at 444 West Ocean, Suite 800, Long Beach, California 90802.