From Perez Hilton on downwards, bloggers and other media players who cover stories about driving under the influence in Long Beach (and elsewhere in SoCal) love to obsess over, speculate on, and pontificate about celebrity DUI arrests. The blogosphere lights up whenever a politician in Oregon is busted for riding his lawn mower while DUI, a pop star princess is busted for a Long Beach drug DUI on a return trip from Vegas, or a football player embarrasses his franchise by hitting three parked cars in one night after partying with his pals at a fancy South Miami club. 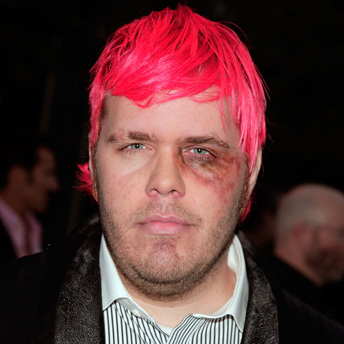 Obviously, these cases are entertaining, though theories abound as to why. Some deep thinkers suggest that the whole “let’s take a celebrity down a notch or two” attitude has its roots in the nature of the American myth. Others point to more simplistic Freudian and other physiological reasons. Irrespective of why we engage in voyeurism over celebrity DUI arrests, we do it.

A better question is: Is this media coverage helping people, harming them, doing both or doing neither? Let’s take a look at each of these possibilities.

When the blogosphere exposes the latest careless or negligent celebrity, he or she is often painted as a clown or a danger to society. In other words, you don’t want to emulate that person. Thus, one can argue that Long Beach celebrity DUI news serves as a social deterrent.

The coverage also raises discussions about the perils of DUI driving by ruminating over the punishments (jail time, license suspensions, destruction of reputation, you name it), and thus these stories can serve as cautionary tales.

On the flipside, one could make a compelling argument that these stories cheapen the problem of DUI. Since these stories circulate so often, our impression is that this is a relatively common thing to do. If people we look up to are doing it, we can probably do it ourselves.

Then there is also the problem of celebrities “getting off” relatively easily. For every story about Lindsay Lohan being tearfully condemned to a jail sentence, you can find three or four Long Beach celebrity DUI stories about football players, politicians, pop stars, etc. getting off with a proverbial slap on the wrist. Readers might be led to believe that driving DUI is (relatively) inconsequential.

Some readers might think this analysis is unnecessary, that a news story is just a news story. Drivers don’t really “take their cues” from what celebrities do or do not do on the roads. And there might be some truth to this side as well.

All of the Above

We also need to consider that there might be some truth to all three positions. Depending on the circumstances –the celebrity involved, the nature of the offense, your ability to relate (or not) with the celebrity, etc. –a news story might be helpful, harmful, or neutral to you.

For practical help with a Long Beach DUI, turn to an experienced attorney: Mr. Michael Kraut of Long Beach’s Kraut Law Group (444 West Ocean, Suite 800 Long Beach, California 90802 Phone: (562) 531-7454). Attorney Kraut is a Harvard Law School educated former prosecutor who can give you powerful advice about how to deal with any charges, no matter how complex.