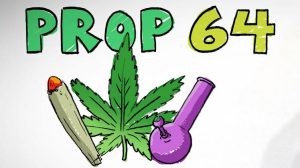 While the added tax revenue would be welcome, law enforcement officials are worried about how greater use of marijuana could affect DUI enforcement activities. According to an article in the Los Angeles Times, they fear that it could be tough to get convictions of anyone driving high because of the lack of legal standards for marijuana in the state.

Current California law (Vehicle Code 23152) says only that it’s unlawful for a person under the influence of any drug to drive a vehicle; it does not define what level of THC in the bloodstream constitutes DUI. (THC is the active ingredient in marijuana.) Groups such as the California Association of Highway Patrolmen say this lack of standards means that police officers don’t have the tools they need to enforce the law.

But it could be tough to institute such standards. The AAA Foundation for Traffic Safety, which has studied the effect that legalizing marijuana had in the state of Washington, found that the legal limit of 5-nanograms of THC per-milliliter that the state uses as its DUI limit is arbitrary and unsupported by science.