One of the worst aspects of being arrested for DUI in Los Angeles is the fact that your private moments of weakness can suddenly turn into viral video hits, causing obvious humiliation and potential damage to your brand and future employment and relationship possibilities. 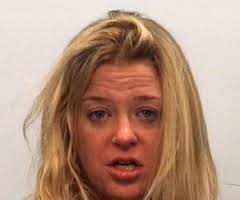 Of course, online tabloids, like TMZ, have no problem putting up such embarrassing videos – especially of celebrities – to generate hits and traffic. To wit, TMZ just published dashcam footage featuring Michael Lohan’s girlfriend, Kate Major, crying to a police officer after being pulled over on suspicion of DUI near her house in Florida. Allegedly, Lohan and Major had been involved in a “blowout argument” (per TMZ). Lohan is father of the famous (or, perhaps, “infamous”) actress Lindsay Lohan. He and Major have a young child together.

After their “blowout,” Major allegedly got behind the wheel. She didn’t make it far – she crashed. A police report says that Major had serious difficulty with her field sobriety tests. She “missed the tip of her nose on her second, third, fourth, and fifth attempts. Touched on her nostril on the second, third, and fourth attempt, touching the space between her nose and upper lip in the fifth attempt.”

She also didn’t do much better when it came to reciting her ABCs: “on her first attempt, she gave the sequence L M X twice and spoke at a really fast pace. On her second attempt, she did not keep her eyes closed and got stuck on the letter V. Major was never able to recite the alphabet A to Z.”

Police say that her BAC was an astonishing 0.243%. For those of you who are keeping at track at home, that’s more than triple the legal limit for DUI in Southern California, as defined by CVC Section 23152. In addition to facing a DUI charge, she also faces a charge of battery for her fisticuffs with Lohan. Her bail was set at $16,000.

If you failed your field sobriety tests and got arrested for DUI in Los Angeles, connect with Attorney Michael Kraut today for a free, confidential consultation about your possible next steps. Mr. Kraut is a former prosecutor with an excellent track record (99% plus success rate at jury trials, for instance) and many connections in the Los Angeles criminal defense community.