For years, our Los Angeles DUI defense blog has reported on strange cases of DUI recidivists. These people — for one reason or another — keep getting arrested for DUI, despite harsh punishments, license suspensions, increasingly heavy fines, and so forth. 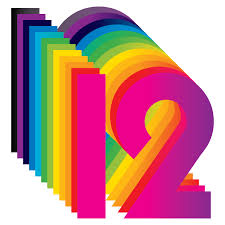 To wit, consider the outlandish case of a Delaware man, James R. Fischer, who was arrested back in March for his 12th DUI since 1991. The 55-year-old had gone to jail in 2009 on a DUI charge and had gotten out about a year ago. How could this man have been allowed to get 12 DUIs? How has the system broken down? And what can be done about it?

Department of Homeland Safety & Homeland Security statistical analyses report that around 37% of the 5,400 or so people busted for DUI in Delaware in 2012 were recidivists. Similar statistics hold for California and other states. Cases like Fischer’s have confounded lawmakers, police officers and others in the DUI community. What should be done?

DE Democratic State Representative, Helene Keeley, voiced her consternation and confusion: “do we say, lock them up and throw away the key? Maybe we do… but honestly right now I don’t know the answer to that question.” For now, Fischer is being held on cash bail of nearly $20,000 at Sussex Correctional Institution.

DUI recidivism may be high in Delaware, but national figures compiled by the National Highway Traffic & Safety Administration (NHTSA) in March found that DUI recidivism has actually plummeted from a level of 31% in 1995 to 25% today. Who knows what’s caused that? Maybe we’re just seeing statistical noise. Maybe DUI recidivism education is working better.

When analyzing solutions to the recidivism problem, we need to take into account a critical idea called the Pareto Principle or “80-20 rule.” This concept — developed by a 19th Century Italian economist — hypothesizes that, in certain systems, natural imbalances form. 20% of DUI drivers, for instance, will be responsible for 80% of DUI arrests. Likewise, 80% of the wealth in any country or state will be owned by 20% of the people. 20% of people who get divorced will account for 80% of divorces, and so forth.

These super recidivists may need to be treated like an entirely separate cohort. The law does distinguish between people who are serial recidivists and people who are not. But it certainly does not take a fine-grained approach to the problem. The law generally just punishes recidivists harder and longer.

But perhaps an entirely different treatment/prevention approach is necessary for these people. After all, the goal is not necessarily to punish people but rather to make the roads safer. If current punishment/rehabilitation strategies aren’t working for some drivers, it’s worth our collective while to contemplate why and to come up with better policy/legal solutions.

This debate notwithstanding, you probably have very specific questions about your Los Angeles DUI defense options. Call Michael Kraut of the Kraut Law Group right now to set up a consultation with a former Harvard Law School educated former city prosecutor about various strategic options.