Even a first time Beverly Hills DUI misdemeanor conviction can lead to substantial jail time, hundreds of dollars in fees, required installation of an IID device in your vehicle, and mandatory alcohol classes. 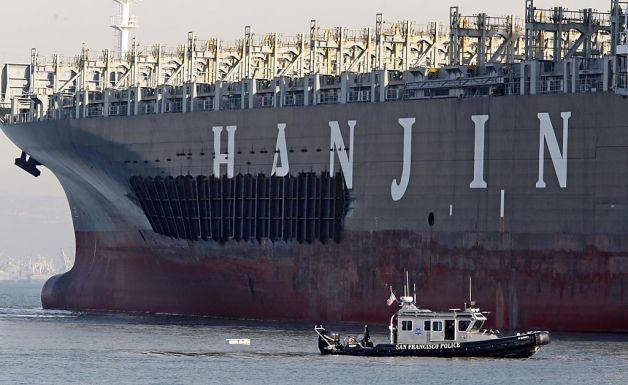 Your insurance rates may also go up precipitously. (Imagine if you had to pay $2,000 or $3,000 or more every year in car insurance… just because of your DUI!)

These costs don’t even touch on the harder to measure indirect costs, such as a job loss, trouble with your marriage or key relationships, and so forth.

But even if your Beverly Hills DUI accident caused a LOT of damage — for instance, maybe you fishtailed off Wilshire and smashed into the facade of the Beverly Hills Hotel — what you did wouldn’t hold a candle to what John Cota did.

On November 7, 2007, Cota, a 60-year-old ship captain, plowed a tanker containing 53,000 gallons of oil into a bridge’s support tower… while DUI and/or on drugs. The accident drenched the San Francisco Bay in oil, destroyed tons of wildlife (literally), and tarnished beaches for miles around. Officials later said the crash caused the deaths of 2,000 birds and cost the local government $60 million to clean up.

Cota took a test two hours after the accident. Police failed to find intoxicating substances in his blood, although recent evidence suggests that he had been taking a variety of medications for migraines, anxiety, and pain. These meds easily could have interacted to interfere with his driving/boating performance. Coast Guard officials later suggested that Cota’s prescription medications likely impaired his judgment. (If you or someone you know has been arrested for drug DUI in Beverly Hills, the team here at the Kraut Law Group can help.)

Eight years prior, Cota was booked on DUI charges. His struggle with alcohol and his history of taking strong medications are both well documented.

Picking Up the Pieces After Your Beverly Hills DUI: What Will YOUR Punishment Be?

In the abstract, it’s practically impossible to even “ballpark” what your Beverly Hills DUI punishments might be. Factors that the justice system will take into consideration include:

• Your previous DUI history (if you have any);
• The severity of the crash;
• Your BAC level;
• Whether you committed other crimes while DUI, such as hit and run;
• Whether you got overly aggressive with police officers;
• Whether the officers calibrated and conducted your BAC and blood alcohol tests correctly and Constitutionally.

No legal team can guarantee results, but your choice of Beverly Hills DUI lawyer can matter – substantially. Connect with a former prosecutor and highly educated Beverly Hills DUI attorney, Michael Kraut, for insight into your situation and help moving beyond your humiliating and scary experience.