As our regular Glendale DUI blog readers know, the system by which DUI suspects get pulled over, investigated, arrested, and prosecuted is – shall we say – less than perfect. 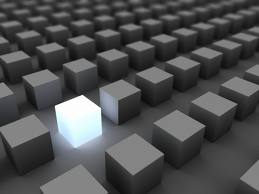 We all collectively assume that the situation isn’t “that” out of control. Sure, perhaps breathalyzer tests aren’t perfectly calibrated. Perhaps the occasional Glendale DUI suspect suffers violations of his or her Constitutional rights. But, by and large, the system works well.

Maybe we need to reconsider such assumptions!

For evidence, look to our sister state of Arizona. An error at the Scottsdale crime lab in Scottsdale Arizona may have put hundreds of DUI cases (stretching back to 2009) in jeopardy of being overturned. You read that right: hundreds.

According to a local attorney, Craig Rosenstein of the Rosenstein Law Group, the software that measures the blood alcohol test of suspected Scottsdale DUI drivers is glitchy – in a big way.

This attorney claims that this glitch has led to being people being wrongfully convicted, and many more could be wrongfully arrested/convicted unless the problem gets resolved.

The local police department, for now, is standing by the software and its crime lab. A spokesperson told reporters “We have met or exceeded the rigorous standards set by the American Society of Crime Lab Detectors.”

The Scottsdale Police will soon confront the accusations in Superior Court.

Do you believe that your Glendale DUI was a mistake? If so, you might feel deep pangs of sympathy for Christy Allen Lee, a single mom of two, who was wrongfully arrested for DUI. Lee told reporters “[the night of the arrest, I was] talking business, shared one bottle of sake, and I didn’t drive until four hours later.”

But when the police pulled her over, her blood test came back showing she had a BAC of nearly twice the legal limit (both Scottsdale and Glendale DUI legal limits are 0.08% BAC).

Lee recounted her harrowing ordeal: “I sat up all night panicking. Here I am, single mom of two, barely getting by as it is, now I’m charged with something I didn’t do. Pretty terrifying.” Not only did Lee spend thousands of dollars out of pocket fighting the charges, but she also lost her job.

Of course, it’s impossible to weigh in on this situation without closely examining the evidence (pro and con) regarding the alleged glitch. But the story does lead into a topic we’ve addressed on this Glendale DUI blog multiple times. And that’s that defendants often put way more faith in the so-called “objective” evidence of their DUIs than the evidence merits. (We’ve spilled a tremendous amount of virtual ink discussing the limitations of breathalyzer tests, for instance.)

Unpacking the truth about your Glendale DUI

For help understanding what really happened during your Glendale DUI arrest, get in touch with Attorney Michael Kraut of the Kraut Law Group today. Mr. Kraut is not only an ex-prosecutor (he served 14 plus years as a Senior Deputy District Attorney), but he is also a widely respected figure in the Los Angeles criminal defense community, and he has appeared as a guest authority on DUI for the Los Angeles Times, KTLA News, and the New York Times.