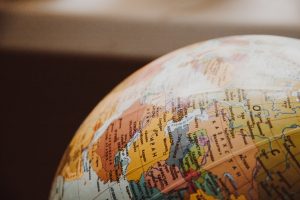 e State of California, being charged with domestic violence is a serious matter and can be highly disruptive to your life—no matter who you are. But if you happen to be a foreign national (i.e., a non-U.S. citizen), charged with domestic battery, criminal threats, or another form of domestic violence, the stakes may be much higher. A domestic violence conviction can have significant negative repercussions on your immigration status, resulting in your deportation, denial of re-entry into the United States, or exclusion from naturalization (i.e., the process of becoming a U.S. citizen). And even if you are not convicted, simply being arrested for domestic violence can trigger an investigation by U.S. Citizenship and Immigration Services (USCIS) and potentially lead to your removal from the country.

If you are a foreign national facing domestic violence charges, it is important to understand how these charges may impact your immigration status and to consult with an experienced defense attorney who can help you navigate the complex intersection of U.S. immigration and criminal law. Let’s discuss the laws that address domestic violence when it comes to non-citizens and talk about how to protect your interests if you’re a non-citizen facing these charges.

Domestic Violence and the Immigration and Nationality Act

While domestic violence charges in California will be prosecuted under California law, it’s actually a federal law that prompts those charges to impact your immigration status–specifically, a law known as the Immigration and Nationality Act (INA). While the INA covers many issues regarding non-citizens and their immigration status, it also specifically discusses situations that may disqualify someone from living in the U.S. For context, when a foreign national is found in violation of a law (for example, domestic violence), the INA places them into one of three groups:

Under the INA, most domestic violence convictions fall into the first category–being subject to optional removal. In other words, if you’re a non-citizen convicted of any lesser domestic violence charge, the government won’t automatically deport you, but it reserves the right to do so if it sees fit. However, if you’re convicted of a crime the INA recognizes as an “aggravated felony” or a “crime of moral turpitude,” you could be subject to mandatory removal and become ineligible for re-entry into the States.

For immigration purposes, the INA defines an “aggravated felony” as any crime resulting in more than one year in jail/prison. Under California law, virtually every felony conviction falls into this category, including felony domestic violence convictions. If you’re convicted of a domestic violence felony and you’re a non-U.S. citizen, this conviction often results in mandatory deportation from the U.S. (usually after your time is served). Even if you are not deported, a felony conviction may also disqualify you from certain benefits, such as becoming a naturalized citizen, obtaining a green card, gaining asylum and/or gaining re-entry into the United States once you’ve left.

Examples of felony domestic violence crimes in California include, but aren’t limited to:

Crimes involving moral turpitude (CIMT) are crimes that are considered particularly vile, egregious, and immoral. Under the INA, a conviction of a CIMT renders a non-citizen “inadmissible” to the U.S., meaning if you’re convicted of such a crime, you can expect to be deported with no expectation of being allowed back into the country. Examples of California domestic violence crimes falling into this category include:

Many domestic violence cases also involve some sort of protective order–a civil court order that forbids you from having contact with the alleged victim of domestic abuse. This protective order can be in effect even if no criminal charges are filed. If you’re a foreign national and you violate a protective order–even if you are not violent when doing so–you can be subject to deportation from the U.S. No matter how unfair a protective order may seem, you should obey the order at all costs, especially if you are a non-citizen.

If You Are in the U.S. Illegally…

Bear in mind that the above information applies mainly to foreign nationals who are in the United States legally (i.e., on a valid visa or holding a green card). If you are undocumented, however, all bets are off. If you’re in the U.S. illegally, you may be targeted for deportation, not just if you are convicted of domestic violence, but if you are arrested and charged with any crime.

Defending Against Domestic Violence Charges if You’re Not a U.S. Citizen

In most domestic violence cases involving foreign nationals, the key variable in whether or not you face deportation is the severity of the crime and/or the length of the sentence (i.e., whether the sentence is for longer than one year). Many domestic violence crimes in California (including many of those listed above) are actually “wobbler” offenses, meaning they can be prosecuted as either misdemeanors or felonies. Thus, one of the most common defense strategies for a criminal defense lawyer representing a non-citizen defendant is to negotiate to keep the sentence to one year or less. That way, you have a better chance of avoiding deportation. This can happen in one of several ways:

Of course, in some cases, the attorney may have enough evidence in your favor to fight the charges outright in court, either to have the domestic violence charges dropped or to gain a jury acquittal. This is the best possible outcome because it exonerates you of all charges and helps you avoid damage to your immigration status.

Suffice it to say that if you’re a foreign national accused of domestic violence in the Southern California area, it’s critical that you have a criminal defense attorney who can help you navigate the complex criminal system— preferably one who also understands the intersection of domestic violence and immigration in Los Angeles. Don’t wait to obtain compassionate legal representation; call our offices today to schedule a consultation.