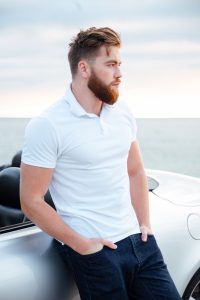 While the prosecutor typically decides whether to pursue a wobbler as a felony or misdemeanor, it’s not necessarily a random decision. The California District Attorneys Association has developed a set of Uniform Crime Charging Standards that most prosecutors consult when deciding how to move forward with a criminal case. Some of the factors taken into account include:

• The seriousness of the crime itself
• Extenuating/aggravating circumstances (for example, if someone was hurt or killed during the commission of the crime, if a weapon was present, etc.)
• The willingness of the defendant to cooperate/overall behavior
• The defendant’s criminal history and/or likelihood of repeat offenses
• The strength of the prosecution’s case (i.e., the likelihood of conviction)

What Types of Crimes Can Be Wobblers?

Many types of offenses can be prosecuted either as misdemeanors or felonies under California law. Some of the more common examples include:

The majority of DUI charges in California are misdemeanors by definition, but in certain circumstances a DUI may also classify as a wobbler, giving the prosecutor the option to pursue it either as a misdemeanor or a felony. There are effectively four types of wobbler DUIs, each based on context or aggravating factors. Let’s explore the circumstances for each.

If you have three prior DUI convictions and are charged with a fourth DUI within a 10-year window, the fourth DUI charge qualifies as a wobbler, as do any subsequent charges. The District Attorney won’t automatically charge you with a felony, but he might do so if he considers you a potential habitual traffic offender.

If someone is injured as a result of your driving under the influence, you may be charged with DUI causing injury, which is a wobbler offense. The prosecuting attorney generally looks at the circumstances of the case in deciding whether or not to pursue this charge as a felony—for example, the severity of the injuries, your conduct while driving, etc.

If you are involved in a DUI-related accident causing the death of another person, you may be charged with vehicular manslaughter while intoxicated. While this is technically a wobbler offense, most charges of this nature are pursued as felonies unless the judge or prosecutor can be convinced to reduce it to a misdemeanor.

The Implications of a Felony DUI

When a DUI is pursued as a felony charge, the stakes for the defendant raise much higher, and life can become even more complicated. If you are convicted of a felony DUI, you may expect the following:

• More jail time. A DUI felony conviction typically earns you a minimum of 16 months in state prison, up to 2-3 years. If someone was injured or killed, you could be facing up to 16 years.
• Longer license suspension/revocation. Convicted DUI felons generally lose their driver’s license for 4-5 years.
• Permanent police record and required disclosure. You must disclose your felony conviction anytime you apply for a job—and it will disqualify you from working in some jobs.
• Lose your right to vote. Convicted felons can’t vote while in prison or during the time of their parole.
• Loss of professional license. Many professional licensing boards may revoke your license if you are convicted of a felony.
• Restricted travel. You’ll need permission from your parole officer to travel more than 50 miles from home, and you’ll need a travel pass to leave the state, according to the California Conditions of Parole.
• Lose your right to bear arms. Under California law, you can’t own a gun for the rest of your life once convicted of a felony.

The good news about wobbler DUIs (if there is any “good news” here) is that they give your defense attorney some latitude for negotiation. He may be able to present evidence before the prosecutor and judge as to why your DUI should be prosecuted as a misdemeanor rather than a felony. He may also negotiate with the prosecutor or appeal to the judge to have a felony charge reduced to a misdemeanor—for example, as part of a plea agreement. The presiding judge may also exercise the option to reduce a wobbler DUI from a felony to a misdemeanor at various points of the trial. And in certain instances, even after conviction, your attorney may be able to appeal to have your felony conviction reduced to a misdemeanor.

If you are charged with a DUI offense in California—especially one that categorizes as a wobbler—hiring a good attorney may be an essential ingredient in obtaining the best possible outcome and hopefully avoiding a felony conviction. If you need effective legal representation for a DUI charge, call our offices today.