Penalties for Glendale DUI convictions become harsher the more times you get arrested and convicted. 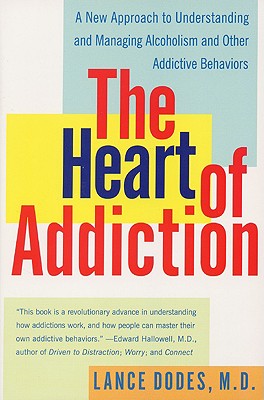 A simple misdemeanor DUI conviction – for the first time – might lead to a little bit of jail time, license suspension, mandatory alcohol school, significant probation, and a not-insignificant amount of embarrassment. But these penalties pale in comparison with the penalties associated with a third or fourth Glendale DUI conviction within 10 years. Depending on circumstances, you might face felony charges for what would only be a misdemeanor charge for a first-timer.

On some level, everyone recognizes this. Getting arrested multiple times for the same crime is not a good thing to do. Bad things will happen.

How do we break the cycle? It’s a simple question with a complicated answer. But new thinking in the addiction research community suggests that traditional methods to treat alcohol as an addiction might do a disservice to many people who desperately need help.

One of the most popular ways of treating alcoholism is to send the alcoholic to a 12-step program similar to Alcoholics Anonymous. One key step in this program is to “admit you are helpless” in the face of alcohol. Most take that as a given – that we have to “surrender” control to some higher power to reclaim our lives and our bodies.

But not so, says Harvard University psychiatrist Dr. Lance Dodes, author of The Heart of Addiction. He argues that addicts engage in their addictive/destructive behaviors as a means of self-empowerment. Dr. Dodes suggests that many addicts start to feel better as soon as they make the mental decision to go have a drink – NOT as soon as the alcohol touches their lips.

This suggests that there is a deep psychological mechanism at play that has less to do with the chemical effect of the alcohol on the brain than it does with the effect of the decision to consume alcohol.

Dr. Dodes’ thesis is basically that the 12-step approach is backwards. We should not disempower addicts by telling them that they are “helpless,” Dodes argues, but instead look for ways to re-empower them and help them understand the forces in their lives that make them feel out of control. The next step is to motivate them to reassert control in positive ways, which will help them stop self-destructive behaviors like drinking and getting into Glendale DUI accidents.

It’s certainly an interesting theory, and you can check out more about it at his website, www.lancedodes.com.

For immediate help with your Glendale DUI defense, connect with Glendale criminal defense attorney Michael Kraut of the Kraut Law Group (121 W Lexington Dr, Glendale, CA 91203 Phone: (818) 507-9123) to explore how to manage your scary, frustrating, and overwhelming situation. As a former prosecutor and media expert on Glendale DUI matters, attorney Kraut has the credentials, wherewithal, knowledge, and compassion to deliver a powerful defense and fight for your freedom.