If courts convicted you of a DUI in Los Angeles that caused serious injury and sentenced you to harsh penalties, you’d likely want to explore the possibility of appealing your conviction. But a court in Florida has ruled that one defendant needs to limit his appeal. 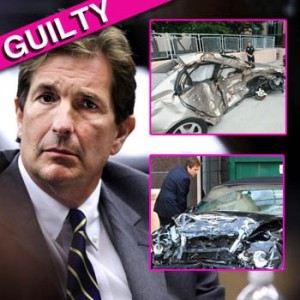 In February, Florida’s Fourth District Court of Appeals ruled that attorneys for John Goodman, convicted of DUI manslaughter in 2014, had to keep their appeal down to 100 pages—12 more than they originally filed. Goodman’s lawyers are asking that the appeals court overturn his conviction or at least grant him a new (third) trial.

Miami’s Sun Sentinel reported that attorneys representing the State of Florida had argued that Goodman’s appeal was more than twice the length of the filings that appeals courts usually allowed. They contended that 85 pages should be the maximum number.

Goodman is a multimillionaire and founder of a polo club in Wellington, Florida. His arrest and subsequent trials for DUI manslaughter have attracted a great deal of media attention in the Sunshine State.

In 2012, a jury convicted Goodman of manslaughter in the hit and run death of Scott Patrick Wilson, age 23. Prosecutors said that Goodman sped through a stop sign and slammed into Wilson’s car, sending it into a canal. Goodman fled the scene of the accident and Wilson, trapped in an overturned car, drowned.

An appeals court threw out the first conviction when a juror’s misconduct (he had lied during the initial screening) came to light. Jurors at a second trial in 2014 found him guilty again. Goodman has based his appeal of this conviction on a flawed blood test (which found his BAC was .177, twice the legal limit) and on the fact that authorities drew the blood three hours after the accident. Goodman claimed that when authorities caught up with him, he had been home drinking to ease the pain of injuries he received in the collision.

A judge sentenced Goodman to 16 years in prison. He might have received a lighter penalty in California, which has a maximum of 10 years prison time for felony DUI manslaughter under California Penal Code 191.5.