Anyone facing trial for a Los Angeles DUI would be well advised to tell the truth when taking the stand. Lying to a judge and jury lead to serious consequences, including perjury charges. But if the truthfulness of a police officer’s statement is in doubt, that can be good news for drivers whose convictions depend on his or her testimony. 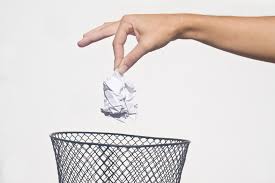 To that point, the district attorney of Wake County, North Carolina, recently decided to dismiss charges against 104 drivers accused of DUI after a judge caught a sheriff’s deputy lying during his testimony during one trial. Prosecutors had planned to use Deputy Robert Davis as a witness in those DUI cases and in 71 other traffic cases, which the prosecutor also dismissed.

WRAL.com reported that District Deputy Court Judge Jacqueline Brewer discovered that Davis had lied in a DUI case she heard and in two other cases as well. She then disqualified Davis from serving as a witness in other cases.
A video tripped Davis up. Under North Carolina law, anyone asked to take a breathalyzer test must be allowed to contact someone to witness the test (as long as the witness gets there within 30 minutes). One woman arrested for DUI said she asked to contact a witness, but Davis wouldn’t allow her enough time to do it. He reported in the record that she had not asked for a witness, but the woman disputed the claim in court. Unfortunately for Davis, the room where police administered the breathalyzer test had recording equipment. The video made of the incident proved that the woman, not Davis, told the truth.

The Wake County Sheriff fired Davis, an 18-year veteran, after the judge uncovered his lies in court.
It’s no lie to say that a DUI on your record can cause you embarrassment and can injure your employment prospects. You could also face jail time and other penalties under California’s Vehicle Code 23152.