As this blog and other news sources that follow Los Angeles DUI arrests reported a few weeks ago, Partridge Family star David Cassidy got pulled over on November 3rd by the Florida Highway Patrol for driving under the influence. Last week, Cassidy (via his attorney) entered a “not guilty” plea to the charges, prompting lots of gossip and speculation among the celebrity media. 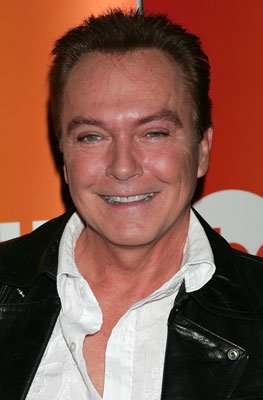 Basic Allegations against Cassidy
Individuals pulled over under suspicion of driving under the influence in Burbank, DUI in Los Angeles, Glendale DUI, or Pasadena DUI recently might be somewhat sympathetic to Cassidy’s situation. But the allegations against the actor seem, at least on the surface, quite brutal.

Cassidy had attended a funeral earlier in the day and consumed one glass of wine, according to his account. Later on, he consumed hydrocodone, an opioid medication – just a few hours prior to his stop and arrest. The officer who pulled Cassidy over subjected him to several field sobriety tests, which were videotaped. The Dash camera footage from the police car clearly showed a wobbly Cassidy; he did not exactly pass his field sobriety tests with blazing colors. The officer also found a half opened bottle of bourbon in his vehicle. Two hours after Cassidy’s arrest, the former heartthrob took two breathalyzer tests and scored 0.141% and 0.139% respectively – significantly over the Florida and Southern California DUI limit of 0.08%.

Pursuant to Cassidy’s not guilty plea, the judge set a court date of January 18. All told, the actor stands accused of three different charges:

1. Driving with an open container (the bourbon).
2. Failure to maintain his lane.
3. Misdemeanor DUI.

If he is convicted of those charges, he could face fines of $1,000 and up to half a year in jail.

Anyone who has seen the Fox News video of Cassidy’s field sobriety tests might be tempted to prejudge a “guilty” verdict. But field sobriety tests may reveal surprisingly little information. In a Southern California DUI stop, an officer may subject you to both mental and physical tests, including the horizontal gaze nystagmus test (which measures pupil reaction timing); balancing tests (e.g. walk the line, one leg stand, Rhomberg, and finger to the nose tests); and mental tests (e.g. reciting the alphabet in reverse order and tackling a “counting backwards” task). Officers will also record any so-called “symptoms” of DUI, such as bloodshot eyes, odor of alcohol on your person, general klutziness, odd emotional reactions, slurred speech, and misbehavior.

Taken together, breathalyzer test results, field sobriety tests, accounts of “symptoms” of DUI, and officer testimony of erratic driving patterns can create a compelling argument that a suspect was in fact driving under the influence in Los Angeles. But it’s important not to jump to conclusions. For instance, someone like Cassidy might have been exhausted from attending an emotionally draining funeral; and this stress might have affected his performance on the FSTs. Likewise, someone who is extremely fatigued or sick – or who has recently been exposed to some kind of harsh chemical – may exhibit signs that mimic DUI symptoms, such as watery eyes, hazy memory, and lack of coordination.

All this is to say that, if someone you care about has been recently pulled over for driving DUI in Burbank or elsewhere in the Southland, your choice of legal representative can be crucial. Connect with Los Angeles criminal defense attorney Michael Kraut today to get a free confidential case evaluation. Attorney Kraut is a former prosecutor who attended Harvard Law School. He is regularly called upon by major media outlets to weigh in with his expertise on cases of note.