Los Angeles DUI attorneys are closely watching the Rocky Mountain state of Colorado to see whether that state will soon be cracking down hard on third offense DUIs. A lawmaker in Colorado’s general assembly recently introduced a bill with bipartisan support to treat a third DUI offense as a felony. 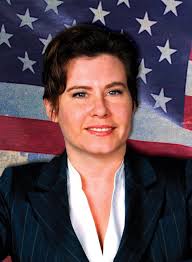 The rules under the new bill stipulate that all DUI offenses would have to be committed within seven years of one another. Lori Saine, the bill’s author, believes her law would reduce the number of inmates in county jails and make Colorado roads safer.

Police officers around the state are not sold on the idea. Some in the police community contend that increasing penalties for repeat DUI offenders doesn’t address the heart of the issue. Police say that jails throughout the state don’t offer inmates what they need to recover from their alcoholism, citing a growing need for substance abuse therapy. They say that individuals who leave prison depressed are more likely to abuse alcohol and other substances. Substance abuse and incarceration beget one another in a vicious cycle.

Bill opponents within the CO general assembly point to increased expenses from felony charges and extended prison sentences. State funding for prisons is already tight; funding for the increased costs associated with the bill might have to be pulled from valuable social services.

These law changes mean that if you live in Colorado and have two DUIs, a third could mean serious prison time.  State laws in California already allow for a DUI conviction to turn into a felony under certain circumstances, including:

•    You caused harm or death to another individual while DUI.

•    You have a history of felony DUI convictions.