People who imbibe too much alcohol or operate a vehicle under the influence of illegal drugs in Los Angeles (or anywhere) can be unpredictable in their behavior. Would YOU confront a likely DUI driver if you had a close encounter with him or her?
A man in Chickasha, Oklahoma, did just that when a driver operating the influence threated his family. A report on television station KFOR 4 said that Jared Shepperd made a citizen’s arrest after chasing down the driver who almost hit his family’s vehicle head on. 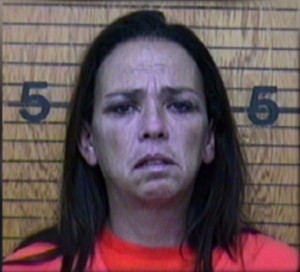 Joley Schulte, age 44, allegedly had been traveling in the wrong direction (going south in the northbound lane) on a bridge over Country Club Road. Shepperd, with his wife and two-year old son in the car, was also traveling northbound, but in the proper lane. A collision seemed inevitable, but Shepperd acted quickly and reversed direction, backing up at 35 miles per hour. Even then, he only narrowly escaped Schulte slamming into his vehicle and his family. (The news report quoted Shepperd as saying his driving looked like something out of a Fast and Furious movie.)

Schulte kept driving along—she finally pulled into the right lane–but Shepperd, who is a volunteer firefighter, followed in hot pursuit, eventually catching up with at her at an intersection along Country Club Road. He managed to block her from leaving until the Chickasha police arrived. The police arrived and performed a sobriety test on Schulte.

Police told Shepperd that because they hadn’t seen Schulte driving under the influence, he would have to make a citizen’s arrest and testify against Schulte when her case came to trial. Shepperd said he didn’t mind; after he and his family had escaped without injury, he was worried that Schulte would cause another accident that claimed someone’s life.