Your recent Pasadena DUI arrest was no laughing matter…or at least it shouldn’t have been. 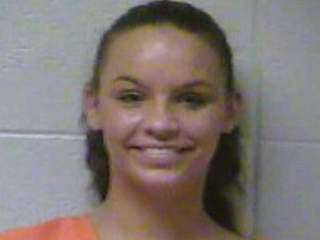 Unfortunately, recently arrested defendants have a peculiar way of getting themselves into lots more trouble by doing dumb things after an accident/arrest.

Consider the case of Kentucky teenager, Paula Asher, who wound up getting a two day jail sentence for posting about her recent DUI accident on Facebook. Her message was simple and flip: “my dumb a** got a DUI and hit a car LOL.”

Local police said Ms. Asher hit a car carrying four teenagers and then tried to drive away from the scene of the accident. No one was hurt, fortunately. If you injure someone while DUI in Pasadena, you could face felony charges – with a possible jail sentence of greater than one year – according to California Vehicle Code sections 23153(a) and 23153(b).

Ms. Asher’s “LOL” comment infuriated the parents of the four teenagers she hit, and they complained to the judge at a July 20 hearing. The judge ordered the teenager to take down her Facebook page, but Asher did not comply. As a result, the judge sentenced her to two days in jail for contempt. She eventually relented and apologized, but still, damage had been done.

1) What you do after your Pasadena DUI stop and arrest matters.

You can still say or do stupid things that can make your situation far more uncomfortable, legally speaking.

2) Our reactions to traumatic events often surprise even ourselves.

Odds are that Ms. Asher was not literally “laughing out loud” after she hit that car. She likely was just trying to process a scary event in her own way – her words just came out wrong. Understand that you may say or do things that are not in line with your values, or that you would never do “in real life.”

It can be difficult to protect yourself and those you love from harsh consequences from a Pasadena DUI. To that end, connect with the team here at the Kraut Law Group in Pasadena for experienced, grounded advice. Attorney Kraut is no stranger to DUI cases – he spent 14 years as a city prosecutor prior to becoming a criminal defense lawyer, so he knows how prosecutors tend to treat Pasadena DUI defendants like you. He can advise you carefully and methodically to help you get best results.