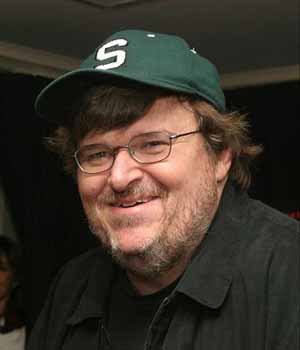 As this blog has blogged about umpteen times, if you are arrested and convicted – even for a misdemeanor – you could lose your license for a year, serve jail time, pay colossal fines and fees, and even suffer the indignity of paying to install an interlocking ignition device (IID) in your vehicle.

Not exactly something you want to show off on a first date.

Some people think that our draconian Burbank DUI process is in serious need of reform. But what kind of reform? Who knows. But if the liberal firebrand Michael Moore has his way, the reform could be handed down by none other than President Matt Damon.

You read that right.

Last week, Michel Moore “endorsed” Damon to be President. In a recent statement, the progressive filmmaker said this about the 40-year-old Damon, “I think that he has been very courageous in not caring about who he offends by saying the things that need to be said here… sometimes even when you run an actor, you win. And I guess I only throw his name out there because I’d like us to start thinking that way.”

Obviously, it’s more than a little bit of speculation to suggest that Michel Moore’s endorsement would catapult Damon to launch a progressive challenge against Barack Obama in the 2012 election, win the election, and then make it a priority to reform Burbank DUI laws. There are probably multiple flights of fancy and gaps of logic in that sequence. But it’s worth at least mulling over hypotheticals like this.

So much of our laws are based on arbitrary historical precedents. Someone decided a certain law, restriction, or punishment was a good idea; that idea stuck, and it paved the way for our current thinking. And so, it’s useful, healthy, and even invigorating to play with speculations like, “What if President Matt Damon legalized marijuana?” Or “what if President Damon radically changed America’s view on DUI, distracted driving, and other driving dangers?”

Obviously, the speculation is quite ridiculous. But it’s intentionally so. Because it’s trying to break you out of your old ways of thinking about DUI policy and practice.

Of course, there is a very pragmatic element here – particularly if you or a loved one faces a Burbank DUI charge. You want someone who is an expert in Burbank DUI, someone with credentials, and someone who is respected not only by clients but also by their legal peers (including prosecutors and judges).

Connect with Attorney Michael Kraut of the Kraut Law Group (2600 West Olive Avenue, 5th Floor, Burbank, California 91505 Phone: (818) 563-9810). Attorney Kraut is a highly-esteemed Burbank criminal defense attorney and can help you understand your rights and responsibilities as a defendant and make smarter choices.