You may be at the beginning of the end of the worst part of your Los Angeles DUI arrest. 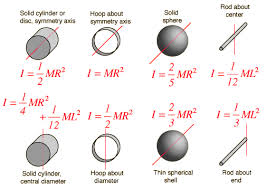 How so? After all, you feel downright miserable and scared about what’s happened to you, and you haven’t even found a lawyer yet. You have so much to do – and so much is at stake both for you and your family – that things almost by definition have to get worse before they’ll get better.

Consider this. What’s causing you so much agitation and worry is not the punishments or potential punishments, per se, but rather the UNCERTAINTY of your situation.

These and other uncertainties piled on top of one another and create a kind of inertia. That inertia can you weigh down and prevent you from getting the guidance you need to start to answer the questions. It’s a kind of a Catch 22.

So how do you break through the inertia?

When you take action to solve problems, it becomes easier to follow through and do what that needs to be done. For instance, if you ever procrastinated on cleaning out your garage or doing a big stack of dishes, you’re familiar with this concept.

The thought of actually getting into the muck of the work is repulsive. But once you start, the job becomes easier. It’s a lot easier to think: “hey, I’ve been washing this big pile of dishes for 15 minutes, and I’m halfway through, so I’ll keep going” than it is to “pull the trigger” and to decide to spend the INITIAL 15 minutes on the troubling task.

The first step involves reaching out for help. If you have yet to retain a lawyer for DUI in Los Angeles, call Michael Kraut of the Kraut Law Group to figure out your next steps. Mr. Kraut is a respected, established lawyer with a track record of success. He can answer your questions and help you feel more calm and controlled about your situation: call now to start building positive momentum to obtain closure.