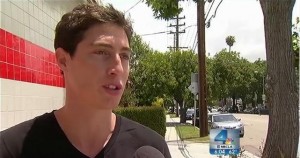 Mr. Checkpoint alerts drivers in real time to the presence of checkpoints throughout the Southland. The app has bloomed into a social media sensation. Sennett Devermont — the man who created the app — recently told the LA Weekly about his very peculiar experiences with DUI law. Devermont claims that one arrest led to his car’s impoundment, and police then took his two dogs to the pound. (Blood tests later totally cleared Devermont of wrongdoing.)

Rightly or wrongly, many Southlanders may be tempted to use Mr. Checkpoint to avoid police traps. But what other tools/strategies can drivers use to protect themselves from DUI arrests?

Every partygoer knows the rule: when you drink, arrange alternative transportation, such as a designated driver or a taxi cab. That’s sound, good advice. But this advice of “plan ahead” should be construed in a broader sense, too: become a student of your habits and proclivities.

When do you make bad decisions? What people influence you badly? When and why do you behave impulsively or recklessly? Understand your own idiosyncrasies. Pay attention to them.

2. Err on the side of caution.

If you have to ask yourself whether you’re at risk of driving DUI, just assume that you are. Be conservative. It just makes sense.

Think about it. Let’s say you’re technically at 0.04% BAC — half the legal limit, as defined by California Vehicle Code 23152. You decide to “ruin your night” and avoid following your friends to the next club. The next morning, you spend $50 to take a cab back to your car. Are those things inconvenient? Sure. But they pale in comparison to what could happen if you actually HAD BEEN over the limit — punishments could include jail time, fines, license suspension, the potential that you could seriously hurt or kill yourself or someone else, the list goes on. You don’t have to be a genius actuary to see the risk imbalance there.

3. Come up with simple rules to follow about drinking and partying.

Simple rules are easy to follow and easy to remember. Don’t overcomplicate or overthink this.

4. Deal with your current DUI.

If you’ve been arrested recently for a crime like DUI in Los Angeles, get in touch with an attorney at the Kraut Law Group for sensible, sensitive insight into your case.