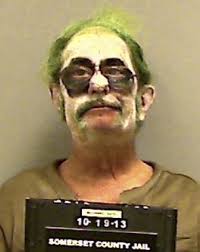 Intuitively, you might suspect that the numbers of Los Angeles DUI arrests spike during Halloween, simply because so many people take time off of work, drink spiked cider, and engage in goofy costume parties and parades. But while Los Angeles is home to some wild Halloween traditions, including the West Hollywood parade and spooky movies at Hollywood Cemetery, fortunately, the denizens of our city often drive rather soberly on this holiday… at least when you compare Halloween DUI statistics with stats from much more dangerous holidays, like Super Bowl Sunday, Labor Day, New Year’s Eve, Thanksgiving and The Day Before Thanksgiving.

Maybe it’s the fact that everybody knows that kids will be wandering in the streets wearing dark, unwieldy costumes that makes drivers act with more caution. Whatever the case, you want to avoid winding up arrested and in dire need of the services of a Los Angeles DUI defense attorney, like Michael Kraut of Kraut Law Group. Here are some tips:

Be spontaneous, but don’t be so spontaneous that you put your life and the lives of other people at risk.

2. Don’t hang around (or heaven forbid get in the car with) people doing dumb things.

Halloween is a time of surprises, but you want those surprises to be ideally to be non-lethal ones. If you meet strange people at a party or at the Santa Monica parade, and you want to hang out and grab a burger with them afterwards, fine. Just avoid getting unduly influenced by potentially dangerous or unstable folks you meet trick or treating.

3. Learn from your mistakes.

How did Halloween go for you last year? Have you ever almost gotten in trouble while driving or almost gotten arrested for DUI? Consider your habits and your track record, and continuously develop plans to avoid getting into trouble again in the same ways. Know thyself.

If you or someone you love does ultimately need help with a Halloween-related Los Angeles DUI charge, contact attorney Michael Kraut of the Kraut Law Group for an immediate, judgment free, through and confidential consultation. Mr. Kraut is a former Deputy District Attorney – a high-level prosecutor – who understands what it takes to build winning defense cases.