Unless you’ve been living under a rock – or you’ve been so totally overwhelmed by your Los Angeles DUI that you haven’t checked CNN or your Facebook feed in months – you probably are keenly aware of the explosive Ebola outbreak in the West African countries of Sierra Leone, Liberia, and Guinea. 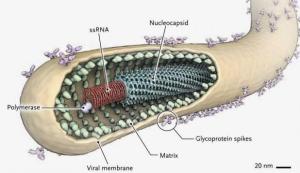 In mid-October, officials with the World Health Organization (WHO) and other prestigious bodies panicked and worried that the epidemic could explode outside of West Africa and create a worldwide pandemic that could lead to the infection of hundreds of thousands if not millions of individuals. Thanks to alert action on part of the U.S. Military, health authorities, and philanthropists, it at least appears that we are finally staunching the Ebola tide. However, the Ebola outbreak – in particular, how it played out in the media – holds powerful lessons for DUI defendants. Here are three.

1.    We tend to fear the disturbing and exotic as opposed to the mundane and realistic.

For instance, if you have been arrested for DUI, you might be terrified about going to jail for 2+ days. While staying in jail is not a picnic, you might be overlooking far more profound consequences… such as losing your California driver’s license for a year or longer. Imagine not being able to drive to work, take your kids to school, and even go on simple errand runs.

2.    When things go wrong in life, it’s easy to spiral out of control into a panic, but overreacting can make problems worse.

For instance, despite statistical and epidemiological evidence that closing off the U.S. borders to West African countries would not stop the spread of Ebola in the U.S. — and potentially even impede efforts to contain disease, because rescue workers and doctors could not as easily travel back and forth — many people choose not to hear these rational arguments. Likewise, many DUI defendants react in nonstrategic fashion by, for instance, waiting way too long to hire attorneys to represent them and guide them through the process.

3.    The right kind of help at the right time can make a huge difference.

If you look at the projections for Ebola before and after the massive international reaction, the data are stark. Our intervention really seems to have made a big difference. Likewise, if you find the right people, such as a qualified Los Angeles DUI defense attorney with the Kraut Law Group, you may be able to powerfully affect your future, win back your freedom, and avert personal catastrophe.

Call the Kraut Law Group today for a free and confidential consultation.