A good rule of thumb: if cops pick you up for a DUI in Los Angeles, don’t hit the road again before the intoxicating substance has left your bloodstream. If a West Virginia man had followed that advice, a teenager in that state might have avoided some unwelcome time at the hospital. 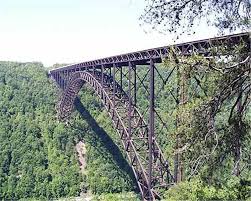 According to TV station WOWK in Charleston, police got a summons on July 6th to the vicinity of the Smiley Motel. A woman there told them that Randy Bailies was driving on Route 60 under the influence of alcohol. (It’s not clear whether she was Bailies wife or his ex-wife.)

The officers tracked Bailies down, pulled him over and found his blood alcohol content was .268, more than three times the legal limit. They booked him for DUI and released him—into the custody of a sober driver—after he posted a $600 bond.

That incident occurred around 9:30 a.m. Around 12 hours later, Bailies was driving along Route 62 near Poca City when he hit a teenager walking along the side of the road. Fortunately, the youth didn’t suffer life-threatening injuries, although he did end up at the hospital for treatment.

Bailies meanwhile fled the scene, but cops caught up with him at a gas station and arrested him. They charged him with DUI causing injury, leaving the scene of a crash with injuries and driving without insurance.

Under West Virginia law, Bailies could spend up to a year in jail, pay fines up to $3,000 and lose his license for a year if convicted of these two offenses.