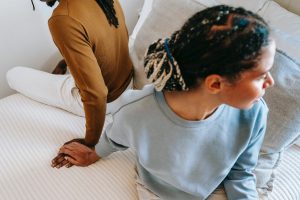 Neurochemicals Associated with Violence and Aggression

While the field of study is new and evolving, the research so far suggests that the following neurotransmitters (among others) may play a role in domestic violence:

All that being said, the study of neurochemistry may be able to explain more of the dynamics behind how people become addicted to drugs and alcohol—and even more importantly, how these substances change people’s neurochemical responses to make them more prone to violent behavior.

While genetics research into domestic violence has been relatively limited, there is some evidence suggesting that there are certain genetic markers that could help predict a propensity for violent behavior. Some studies have suggested that a strong presence of the MAOA “warrior gene” could enhance the likelihood of abusive patterns. One study concluded that “genetic factors accounted for 24% of the variance in hitting one’s partner.”

These studies underscore the patterns we already see—that sometimes domestic violence “runs in the family.” In many cases, this may occur simply because someone was exposed to domestic violence in their family, but these scientific discoveries suggest there could even be a genetic element, as well.

Breaking the Cycles of Violence

While these scientific explanations behind domestic violence may answer many questions as to why and how it happens, we must emphasize that none of these factors suggests that violence is inevitable. Even if someone is more prone to violence due to environmental, psychological, neurochemical, or even genetic factors, there are still ways to change one’s behavior and reduce the risks of violence. It may involve deep soul-searching, addiction treatment, professional therapy, and in rare cases, even medications—but knowing what factors might make you more prone to violence can help you know what steps to take to break the cycle.

If you’ve been arrested or are criminal charges for domestic violence in Los Angeles, our team can provide experienced, compassionate legal representation to help you navigate the complicated court process. Call our office today for a free case evaluation.