Statistics show that the majority of people who face Los Angeles DUI charges stand a good chance of having those charges dropped. Unfortunately, being declared innocent does not mean that you won’t face consequences. The Kraut Law Group is familiar with “DUI defense blowback” – when some people may resent your legal success — especially among celebrities and authority figures. 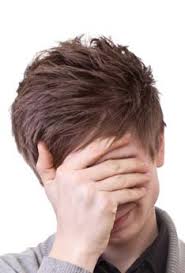 DUI defense blowback can be painful and embarrassing. Several exonerated people have been lambasted on social media and in public. For example, Texas judge Nora Longoria was angrily told she should resign and was a “disgrace to the… legal system” after her July 2014 charges were dismissed. These people may also face guilt, anger, and depression.

Victims of DUI defense blowback need not wallow in their circumstances, however. Instead, they can use valuable tips to help deal with the fallout. These include the following:

•    Know the facts of the case. Many people are wrongfully convicted of DUI because of faulty sobriety tests or inconclusive blood or urine draws. The law also varies from state to state regarding whether “warrantless search” blood or urine samples are legal. People whose cases involved these circumstances can find peace in the fact that they were not at fault.

•    Separate the person from the circumstance. One of the reasons people facing DUI blowback feel depressed is the absorption of the idea, “I was charged with a DUI; therefore, I am a horrible person.” Even people who commit actual DUIs are not horrible people. They are human, and humans make mistakes. Although mistakes have consequences, the person must be separated from the deed itself. Learn to say, “The DUI was a horrible thing I do not want to do again.”

•    Ignore the lambasting. People who use abusive language toward such drivers are venting anger and often being judgmental. Allow them to vent, but do not retaliate or argue with them about the circumstances of the case or what “really” happened. Angry people are not likely to listen, and in the end, one’s own perception of self and circumstances matter more.