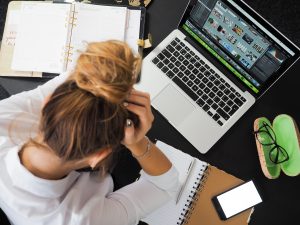 You might feel like you’re already being put on trial on social media—or rather, tried and convicted on social media—but in most cases, the worst thing you can do is attempt to defend yourself online. Not only will it serve to add fuel to the fire, but it can also jeopardize your case because prosecutors may be watching your social media interactions—and those interactions may be used against you. Resist the urge to counter-attack your partner or anyone else saying bad things about you. Even if you delete a potentially incriminating post, it can still be screen-shotted (i.e., captured electronically) and used against you later on.

If possible, avoid interacting with anyone online who is making negative public statements about your conduct or character. Even if someone comes to your defense, it’s best to remain silent on the subject. Save the trial for the courtroom where it belongs—assuming your case even goes to trial.

Suppose someone close to you has taken to using social media as a weapon against you to destroy your reputation. In that case, there’s one thing you can do to regain some sense of control: you might consider deactivating or deleting all of your social media accounts. It might seem like the “nuclear option,” an extreme step to take, but doing so can benefit you in several ways:

Deleting your accounts won’t “erase” all the negative posts about you, nor will it keep people from seeing those posts if someone decides to “Google” you. But it will definitely make the conversation a bit quieter online and reduce the amount of fuel on the fire, so to speak. Deactivating or deleting your accounts might seem unfair and feel like a defeat at the moment, but it can help your case in the long run—and once the dust settles, you can always start new accounts if you’re so inclined.

Reach Out Privately to Friends and Family (Where Appropriate)

Responding to accusations online is never a good idea, but if you have certain family members or friends who have taken up the rants against you on social media, you may feel like you could restore some of those relationships through meaningful conversations offline. Again, it’s best not to approach the matter defensively, but rather in a reconciliatory way. You may or may not get the person to see “your side,” but you might be able to convince them to disengage from attacking you on social media.

To clarify, this step includes some important caveats. First and foremost, if you reach out to someone, make absolutely certain that you aren’t violating the terms of any restraining orders, as doing so could result in criminal charges. Second, don’t discuss the case with anyone, publicly or privately, if your attorney discourages it while your case is pending. It might be better to have those conversations once your case is resolved.

If you’re a public figure, or if your business relies heavily on social media, deleting your social media accounts may feel like a viable option—and yet, if you’re being savaged over domestic violence allegations, those posts could be hurting your business or your brand significantly. In situations like this, it may be best to leave it to the pros. There are professional online reputation management companies that can monitor your social media reputation and take strategic steps to mitigate the damage. Restoring your online reputation in this way will require time, money, and patience, but a company that specializes in reputation management can accomplish some surprising things—and in the long run, it may be the best way to keep your business running.

Being savaged on social media over accusations of domestic violence can certainly make you feel helpless and victimized—but the good news is that social media isn’t where your case will be tried or where your fate will be determined. An experienced criminal defense attorney can help you deal with the criminal charges in a way that minimizes the long-term impact on you and your family. If you’ve been arrested and charged over domestic violence accusations in Los Angeles, call our office today for a free case evaluation.