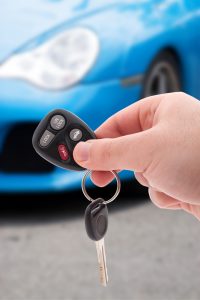 From gorgeous harbors and miles of coastline to hundreds of lakes, reservoirs and waterways, there are plenty of places in California to enjoy time out on a boat. But if you think operating a boat exempts you from California DUI laws, think again. Last spring, Dean Allen Payne came face to face with the full force of California law after running his boat over two ladies in innertubes, seriously injuring both of them. After being convicted operating the boat while intoxicated, Payne was sentenced to 12 years in state prison.

While DUI boating laws differ only slightly from those covering automobiles on the road, the consequences of breaking them can be no less severe. If you operate a boat and choose to indulge, here’s what you need to know about boating and DUI.

Boating Under the Influence: An Overview

• Motorized boats and watercraft (including aquaplanes and jet skis)
• Sailboats with a motor
• Water skis, inner tubes and similar craft pulled by a boat

For the most part, the BUI laws run parallel to DUI laws as far as legal limits and penalties for violations. Specifically:

• The legal BAC limit is the same for boats as for road vehicles (0.08 BAC);
• The legal BAC limit is 0.04 percent for commercial watercraft (e.g., tour boats, ferries, fishing boats);
• Like DUI, BUI is prosecuted either as a misdemeanor or a felony, depending on such factors as number of prior offenses and whether or not injury occurred;
• Convictions for BUI may result in fines, suspension of license and/or jail time.

That being said, there are two important differences between DUI and BUI that can catch boaters off guard if they aren’t aware of them. Let’s look at these two differences a bit more closely.

Open Container Rules Do Not Apply

California has strict rules against driving with open containers of alcohol or marijuana in the vehicle, and being pulled over with an open container may provide reasonable cause for an officer to suspect DUI. However, open containers are perfectly legal on watercraft, which means anyone on the boat can drink legally—including the operator, provided he/she hasn’t exceeded the legal 0.08 BAC limit. While this reality actually limits what officers can treat as probable cause, it also increases the risk for the person piloting the craft to exceed the legal limit in a couple of ways:

• The availability of alcohol itself, which makes it easier to overindulge; and

• The increased risk of dehydration. Boating on warm, sunny days can cause dehydration more quickly than other conditions, which can intensify the effects of alcohol in your system.

A BUI Conviction Can Still Affect Your Driving Privileges

In some states, while a boating DUI is a crime, it is treated differently than a road violation and has no effect on the defendant’s driver’s license. However, in California, a BUI is effectively the same as a DUI, meaning a conviction can get your driver’s license suspended or revoked, depending on your prior offenses. The irony here is that one does not actually need a driver’s license in California to operate a boat! (Only last year did the state begin rolling out a boater card requirement that will become progressively mandatory by age group until 2025.)

For you as a boater, this aspect means if you make a mistake in judgment and operate watercraft while above the legal BAC limit, you could temporarily or permanently lose your right to drive—even though your driver’s license has no bearing on your right to pilot a boat. Many an unwitting boater has been broadsided by this confusing anomaly in the law simply by exercising bad judgment on the water.

If you feel you have been wrongly charged with boating under the influence, a skilled attorney may defend against the charges by making any of the following common arguments:

• Illegal stop or lack of probable cause. Remember, an officer must have a valid reason for stopping your craft, and open containers don’t provide probable cause because they are legal. Generally, law enforcement will stop you if they see you operating the boat in a reckless or unsafe manner, boating with missing safety equipment, etc. If they did not have a legitimate cause for stopping you or violated proper protocol, your charges may be rendered invalid.

• You were not impaired, or your performance was not due to impairment. Many factors on the water can cause someone to drive erratically, including exposure to sun, fatigue and exhaustion—and staggering on board may be attributed as much to the waves as to possible intoxication.

• Sobriety tests were performed improperly or registered false positives. Field sobriety tests performed on wet or moving surfaces can cause even sober people to fail them. Furthermore, certain factors can generate false positives on breathalyzers, ranging from seasickness to what you just ate before the officer came aboard.

Despite the slight differences between BUI and DUI, you could still face life-altering penalties if you are convicted for operating a boat under the influence. If you need compassionate legal representation for a BUI charge, we are here to help. Call our offices for a free case evaluation.