As regular readers know, driving under the influence of drugs like marijuana in Burbank is a crime punishable with penalties like jail time, mandatory substance abuse education classes, license suspension, and other penalties. Those direct consequences probably don’t even paint a full enough picture. If you lose your license, you will find it very difficult to get around Burbank –go to your job, attend classes, etc. If convicted of a Burbank drug DUI, your car insurance rates will almost certainly spike, which means that you may pay thousands of dollars extra over the next several years. 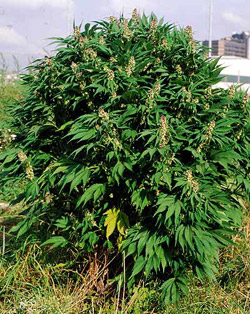 In other words, if you’ve been stopped, it’s a big, big deal.

The latest battle field over drugged driving is the Rocky Mountains, where Colorado lawmakers are vigorously debating Senate Bill 117. On the surface, 117 is a pretty straight forward law. If it passes, then drivers in Colorado who test to have five nanograms or more of the active substance in marijuana (THC) in a blood sample will be subject to penalties. The five nanograms cut off is not novel. Pennsylvania uses a similar limit. Ohio actually has a stricter limit – two nanograms. Certain states, such as Rhode Island and Illinois, have a zero-tolerance rule for THC.

Colorado might not be as “progressive” in its attitude towards marijuana as is California (or at least certain parts of California). But it’s definitely a “purple state” in terms of the marijuana debate. It’s home to a lively and robust conversation about marijuana’s dangers and benefits.

On Monday, a Senate panel in Colorado voted in favor of sending Senate Bill 117 to the full chamber for a vote. If it passes, it will cost around $500,000 to implement. This law could have ramifications for other states considering similar measures. Marijuana advocates, such as Dr. Paul Bergman, argued that the recommended blood test should not be used: “nobody…wants to have drug driving policies, but there is a disagreement of per se limits in chronic users.” People who use medicinal marijuana regularly may have elevated THC levels due to the fact that THC is stored in fat tissue, for instance.

A different expert from the Colorado Department of Public Health and Environment, Cynthia Burbach, pushed the other way. She pointed out that law enforcement officers are requesting more and more THC tests every year.

This short blog post obviously cannot examine, parse and weigh in on the fundamental science behind the recommendations, arguments and counter-arguments. But the debate is certainly lively.

Of course, if you are searching for a Los Angeles drug DUI lawyer, you are probably less concerned about what’s going on remotely in Colorado and more concerned about what’s going on in your case. Will you have to serve jail time? What should you do to be preparing for your case? Were the tests used on you valid? If so, what do you do next? If not, how can you refute the results?

For help with all these questions and more, turn to Burbank drug DUI criminal defense attorney Michael Kraut. Attorney Kraut served for nearly a decade and a half as a LA prosecutor – going after people who committed crimes like drug DUI – before becoming a criminal defense attorney and founding the Kraut Law Group (2600 West Olive Avenue, 5th Floor, Burbank, California 91505 Phone: (818) 563-9810). He is an extremely respected lawyer and thinker with a great record at jury trials and history of getting results in difficult circumstances.