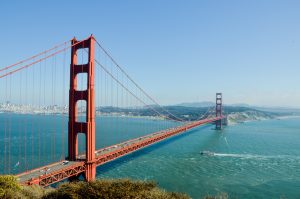 As a general rule, the state where domestic violence occurs will have jurisdiction over the case itself. Let’s say, for example, that a woman who is a resident of California is staying with her husband in Nevada, and he assaults her while they are there. She calls the police, who arrest him and charge him with domestic violence. The woman then decides to return to California, where she has family and friends who can support her. In this case, the State of Nevada would have jurisdiction over the case because that’s where the alleged crime occurred. If the woman chooses to be a witness in the trial, for example, she would either have to appear in person at the Nevada court or (if the judge allows) give testimony remotely via video. But it’s unlikely that she could move the case to California because the state has no jurisdiction over the alleged crime just because she happens to be a resident of California.

California has what is known as “long-arm jurisdiction,” which allows the state to assert jurisdiction over someone who is not a California resident but has committed a crime in the state. This is especially relevant in cases of domestic violence where one spouse may live in another state. For example, suppose the victim is assaulted in California by her partner who lives in Oregon, and the perpetrator returns to Oregon before they are caught. In that case, long-arm jurisdiction means California can still charge the non-resident spouse with domestic violence, issue a protective order if necessary, and extradite the suspect for trial in many cases.

There is one clear exception to this scenario, and that’s if the defendant crosses state lines into California with the clear intent to commit domestic violence. In such cases, it may be charged as a federal crime. (See below.)

If the Crime Itself Crosses State Boundaries

The penalties for a federal domestic violence crime may be significantly greater than those imposed by the State of California. The federal government may defer to the state’s jurisdiction in some cases, even if the crime crosses state lines, but the federal government reserves the right to prosecute these cases.

If the Domestic Violence Crime Occurs in Two States Simultaneously

Jurisdiction regarding protective orders can be confusing, even tricky, when the accuser and the accused are in two different states. Here’s what you need to know:

California honors restraining orders issued by other states. Under both VAWA and the Uniform Interstate Enforcement of Domestic Violence Protection Orders Act (UIEDVPOA), courts are permitted to honor restraining and protective orders issued by other jurisdictions. California observes both laws. This means, for example, if your spouse obtained a restraining order against you in New Jersey and moved to California to get away from you, you could be arrested and charged with a crime in California if you come into the state and violate the order–just as if the order itself were issued by a California court.

Aside from these general rules, there are often exceptions, and for that reason, domestic violence cases involving more than one state can be quite complicated—which is why it’s so important to have skilled legal representation when you’re accused of any domestic violence crime. Call our offices today to schedule an appointment.